Graham Greene's The Man Within 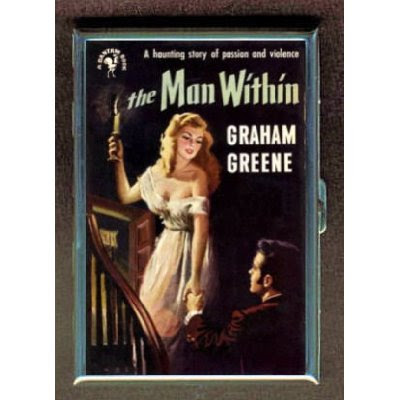 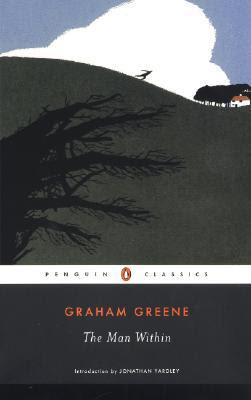 The Man Within (1929) is Graham Greene’s first published novel. Greene was so embarrassed in later life by his first published work, a collection of poems called Babbling April, that he bought and destroyed copies wherever he could find them. He thought that his next two novels after The Man Within, The Name of the Action (1930) and Rumour at Nightfall (1931), were so bad that he steadfastly refused to allow them to be reprinted. However, Greene allowed The Man Within to be reissued in 1947 adding this Author’s Note:

“The Man Within was the first novel of mine to find a publisher. I had already written two novels, both of which I am thankful to Heinemann’s for rejecting. I began this novel in 1926 , when I was not quite twenty-two, and it was published with inexplicable success in 1929, so it has now reached the age of its author. The other day I tried to revise it for this edition, but when I had finished my sad and hopeless task , the story remained just as embarrassingly romantic, the style as derivative, and I had eliminated perhaps the only quality it possessed - its youth. So in reprinting it not a comma has been altered intentionally. Why reprint then? I can offer no real excuse, but perhaps an author may be allowed one sentimental gesture towards his own past, the period of ambition and hope.”

The Man Within is very polished and well written for the maiden effort of a young man in his early twenties. Although the book drags in the beginning, by the middle you can start to see the Greene who will be the author of Brighton Rock and The End of the Affair begin to emerge.

The Man Within is set in the late 19th century on the English coast. It is the story of Francis Andrews who is tormented by the memory of his dead father, a smuggler. Andrews hates his father for the abuse of his mother which eventually led to her death. (According to some critics, this may have been a Freudian way for Greene to explore his feelings about his own father, an English school master). While his father was alive, Andrews had been sent off to a boarding school where he learned Latin and Greek. The right hand man of Andrews’ father, Carlyon, has now become captain of the smuggling ship and convinces Andrews to come along. Whereas the other smugglers are ruffians, Carlyon is a man of culture and learning and Andrews looks up to him as a big brother figure.

Andrews eventually tires of being a smuggler and resents the constant comparison of him to his father. The crew looked up to Andrews’ father as a great man, although Andrews knows that with his wife and children he was an uncaring brute. Out of hatred for his dead father, Andrews informs the customs authorities as to where and when a shipment of smuggled goods will be landing. The smugglers get into a shoot out with law enforcement and a customs officer is killed. All but three of the smugglers are arrested and charged with murder.

Andrews flees to a rural cabin occupied by a young woman named Elizabeth. The man who Elizabeth lived with, who had taken care of her since the death of her mother, has just died. In the last years of his life, the man had made sexual advances to Elizabeth which she had rebuffed. Andrews is smitten with Elizabeth and it is a case of love at first sight. 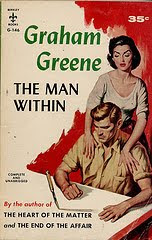 Andrews views himself as a coward and wants to keep running from his pursuers. Elizabeth convinces Andrews to stop fleeing from the other smugglers and testify against them in Court. Andrews does this, but the townspeople are sympathetic to the smugglers and the jury acquits the Defendants. Andrews is warned that the smugglers intend to get revenge against Elizabeth for hiding Andrews out. Andrews then returns to Elizabeth’s cottage where he tries to convince her to run away with him. Elizabeth convinces Andrews to go for help. Andrews returns too late as Elizabeth has been killed by the angry smugglers. When the police arrive, Andrews is alone with Elizabeth’s body and takes the blame for killing her so that he can commit judicial suicide and join Elizabeth in death after his execution. The End.

Andrews is an insufferable emotionally tortured wimp and is not a very likeable character. He pledges undying love for Elizabeth but runs off and jumps in bed with an attractive harlot the first chance he gets and then feels guilty about it. The first half of the novel goes on interminably with Andrews swooning over Elizabeth’s good looks, moral purity and saintliness. In the second half, the book picks up speed and we start to see the Graham Greene that is to come. The portion of the novel dealing with the trial of the smugglers is tightly and skillfully written. It begins to drag again when Andrews returns to Elizabeth’s cottage, and the ending is simply stupid. 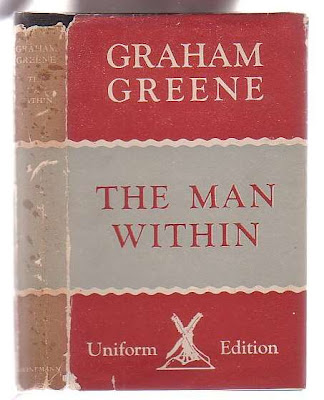 However, The Man Within does present, in embryo form, the preoccupations of Greene’s later work. Throughout the novel there is a brooding pre-occupation with death and the existence of God.

“She says there is a God, he thought, and no God could help but guard her. Yet what strange ideas of guardianship gods had, for those who were most their own they often paid with death, as though the failure of life itself was not a branch of guardianship. . . . I would rather trust to a devil to look after his own than a god, he thought, for there seemed to him nothing more final and irrevocable than death. It did not occur to him that Elizabeth’s death might be irrevocable only to him and his desire . . . If love survived the body, as church people believed, why not also jealousy, split like a bitter wine into the unhoused spirit?” 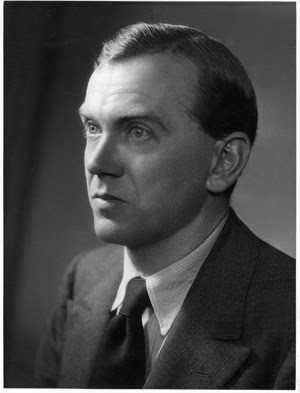 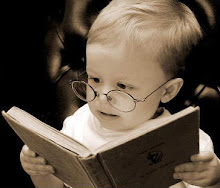 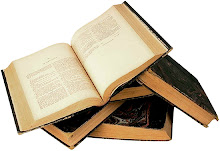 "When I get a little money I buy books; and if any is left I buy food and clothes." 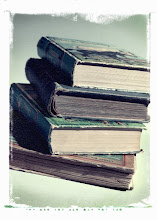 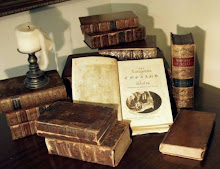 "A room without books is like a body without a soul."
Cicero 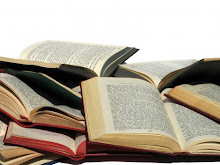 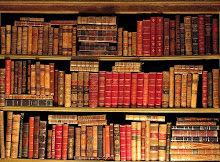 "Of making many books there is no end, and much study is a weariness of the flesh."
Ecclesiastes 12:12 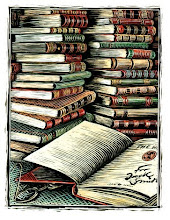 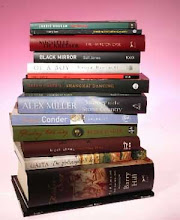 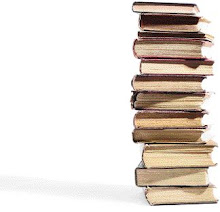